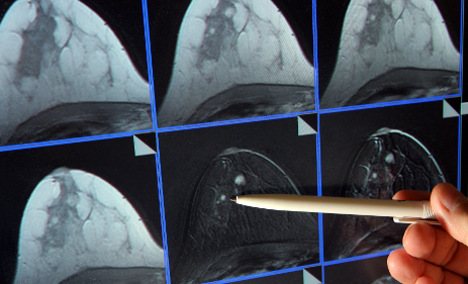 The radiologist from Essen, North Rhine-Westphalia, ran breast-screening programmes giving women they all-clear when they had cancer.

The women were victims of a radiologist who released incorrect results for breast cancer screening for years, broadcasters NDR/WDR and the Süddeutsche Zeitung reported on Thursday.

Dr K. was able to run breast cancer screening programmes for Essen, Mülheim and Oberhausen although he was unqualified to do so. The unit was responsible for screening more than 30,000 women a year.

After complaints were made by several doctors to the regional Physicians Association (KV), the doctor’s authorization to conduct screenings under the nationwide mammography programme, which examines 2.7 million women a year, was provisionally withdrawn.

However, when women began to complain that they were not being screened, Dr K. was allowed to continue.

Although his doctor’s license to carry out screening was revoked by the Physicians Association, Professor Dr Ingrid Schreer, honorary president of the German Organization of Senology said he should have faced more “consequences”.

In spite of being informed about the faults in Dr K.'s screening unit, the KV only withdrew the license in early 2013. “Faults were found and yet the screening programme was allowed to carry on as normal,” the Süddeutsche Zeitung reported.

The results of the women's mammograms, an early detection method for breast cancer, all came back within a few days showing “no abnormalities”.

One woman who was given the all-clear by the radiologist was diagnosed with breast cancer just six months after her mammogram came back as normal.

She discovered a lump in her left breast and an enlarged lymph gland in November 2013. Her doctors said the screening should have picked up on this.

It was not until the end of 2013 that Dr K. handed over the responsibility of screening. He continues to practice as a radiologist.