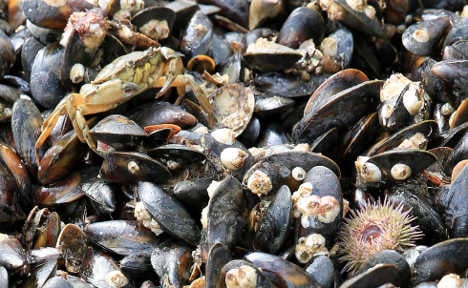 Everything gets caught in bottom trawling. Photo: DPA

Germany's Agency for Nature Conservation (BfN) published a new 'red list' of endangered species this week – and it included around a third of the 1,700 species of fish, invertebrates, and algae the experts checked.

Cartilaginous fish such as the rock salmon, also known as a piked dogfish, and the common skate were on the critical list – their numbers are being devastated by intensive fishing practices and the widespread use of bottom trawling in the Baltic and North Sea.

Bottom trawling, which the BfN says continues largely unregulated even in supposedly protected areas, is a major cause of damage for marine species.

Sponges, shellfish and sand coral reefs all fall victim to the practice – which is not even directed at them.

The BfN also said that the release of sewerage and agricultural run-off were making life more difficult for marine species as they increase the levels of nitrogen and other nutrients in the water. This not only damages many filtering animal species themselves, it also encourages the growth of microalgae which, when in great numbers, darkens the deeper waters, making conditions worse for many species.

Of the 9,000 land-based and freshwater species already analyzed, around 45 percent have been put on the 'red list' – but the lower share of endangered animals among marine species should be taken with a pinch of salt, said BfN president Beate Jessel.

"The situation in the sea with 30 percent of species on the red list would seem much better, but this impression is wrong," she said. The problem is that for around a third of marine species there is not even enough information for scientists to make a reasonable estimate of how endangered they are. Only just under 31 percent of marine species can be considered to be not endangered, she said.

The seas need zones where there is no human activity, such as fishing, said Stephan Lutter from the Worldwide Fund for Nature (WWF). "We need marine protection areas which are really worthy of the name," he said.

SEE ALSO: Wildcats claw their way back from brink of doom