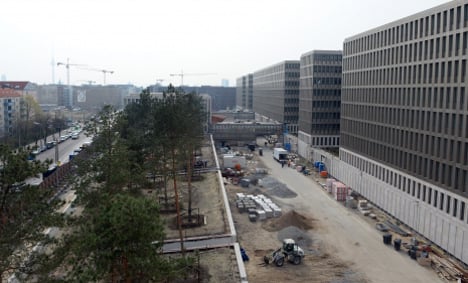 The cost of the huge new secret service complex in central Berlin has already risen to almost €1 billion, and is expected to tip over the billion mark.

The new home of the Bundesnachrichtendienst (BND) – Germany's equivalent of the CIA in the US, or Britain's MI6 – was supposed to be finished by 2013, at a cost of €720 million.

One part opened earlier this year, but Der Spiegel magazine reported on Monday that the spy base had joined Germany’s long list of flagship building projects which are late and over-budget.

Der Spiegel said the latest budget estimate of €912 million would not be enough to finish building the complex which has 260,000 square metres of office space. An internal government report seen by Der Spiegel put the cost at €1.034 billion.

The report said the main reason was because of a row with contractors over dates. It added there would also be “further cost risks”.

Construction began six-and-a-half years ago and the first 174 of the 4,000 intelligence officers moved into the building in March.