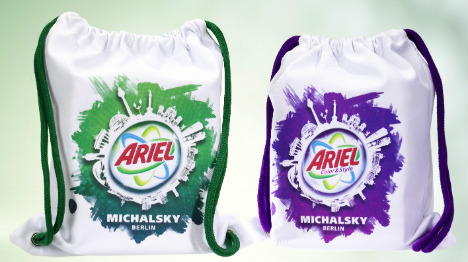 The company said it had stopped selling boxes marked with a white football jersey and "88" in large black letters earlier this week after a storm of protest on social media.

The number 88 is used by the far right in Germany to stand for the Nazi salute "Heil Hitler" because H is the eighth letter of the alphabet, thus circumventing Germany's strict laws on banned political slogans and symbols.

P&G Deutschland, the company's German unit, responded to a reporter on Twitter: "A clear NO to far-right ideology — Ariel packages with unwanted ambiguity of '88' have since Monday no longer been shipped".

A P&G spokeswoman said the company had never considered the number's connotation in Germany.

"We wanted to advertise for 83 plus 5, that is five extra washes beyond the 83 usually in this package size," she told German news agency DPA.

Just last month a German furniture store chain was forced to apologise for selling coffee mugs featuring faint portraits of Adolf Hitler it had unwittingly ordered from a Chinese supplier.