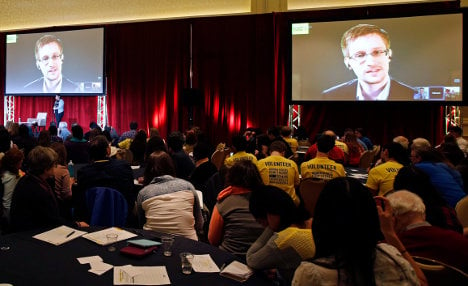 All political parties in the parliamentary investigative committee into America's National Security Agency (NSA) activities agreed that Snowden would be among the witnesses it will ask to question, Martina Renner from the socialist Die Linke party confirmed on Thursday.

Given that the German government is expected to use all legal means to prevent the former NSA contractor attending personally, he is likely to be questioned either by live video link or by a parliamentary delegation in Moscow, where he is currently staying.

While the Christian Democratic Union members insisted that Snowden should be questioned either by video link or by a delegation, the Green and Die Linke parties were both pushing for Snowden to be brought over. The Social Democratic Party (SPD) MP, Christian Flisek, said that "all options are the same" as far as he was concerned.

CDU MP Roderich Kiesewetter criticized the opposition for its demands, suggesting that Snowden would have to be extradited to the US if he came to Germany.

The committee intends to call a number of other high-profile witnesses, including Chancellor Angela Merkel, a number of former and current cabinet ministers, and the heads of various German intelligence agencies.