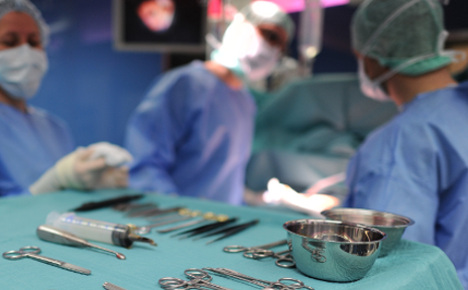 Figures released on Tuesday by medical insurance oversight bodies the MDK and MDS showed the MDK had launched 14,600 investigations into patients' complaints in 2013, 2,000 more than in the previous year.

The majority of complaints were from patients who had recently been under the knife, especially for hip and knee replacements.

But the number of MDK complaint investigations which confirmed actual medical errors had taken place was 3,700, a drop of 200 on the previous year.

MDS deputy chief executive Dr Stefan Gronemeyer praised the improvement in a statement but admitted it "remained to be seen" if the trend would continue.

He added the statistics showed that much was still wrong with patient care in the German health system, saying many of the thousands of mistakes had been avoidable.

"We have to get to the point where long-held measures for improving patient safety are widely and consistently put into place," he said.

The rise in patient complaints is seen as largely down to the new Patients' Rights Law, which came into effect in 2013, clarifying legally what patients can expect from their doctors and their rights in case of mistreatment.

The news comes after a study by insurers AOK in January revealed nearly 20,000 Germans died each year as a result of failures in their care at hospitals or clinics.

Seventy percent of the complaints last year were against hospitals and clinics, with the remaining 30 percent leveled at independent doctors.

"The largest number of confirmed errors in relation to the number of complaints was in nursing care and dentistry," according to head of social medicine at MDK Bavaria Dr Astrid Zobel.

"This chimes in with the figures from the previous year," she added.

President of the National Association of Doctors Frank Ulrich Montgomery told Bild newspaper the number of medical errors was minute compared to the total numbers of patients.

"Considering the 700 million outpatients and 18 million hospital and clinic patients treated every year, the number of confirmed medical errors goes into the tenths of a percent."

SEE ALSO: The jobs most likely to make you sick