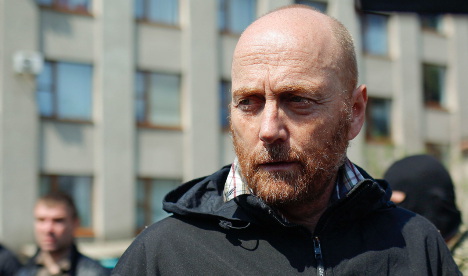 The seven military observers from the Organization for Security and Co-operation in Europe (OSCE) and five Ukrainian hostages captured with them were all freed by pro-Russian separatists in the town of Slavyansk on Saturday.

The self-styled mayor of the town, Vyacheslav Ponomaryov, who had been holding the group since last Friday described them as his "guests".

"As I promised them, we celebrated my birthday yesterday and they left. As I said, they were my guests," Ponomaryov said.

The four Germans included Colonel Axel Schneider who told Bild newspaper he was hoping to get back to Germany as soon as possible.

"We're glad that we're finally out," he said. "We're doing okay under the circumstances."

Germany’s government had strongly condemned the capture saying it was without “any reason”.

On Friday Ukrainian troops launched an offensive against the pro-Russian militia in the town.