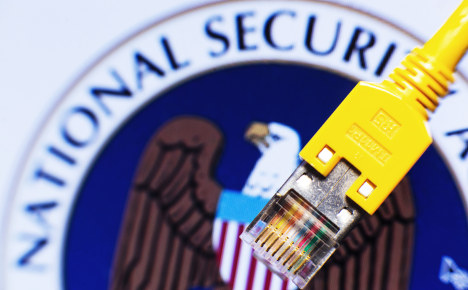 Matthias Ungethüm from Saxony said on Friday he had replaced the NSA slogan “Codebreakers and Codemakers” with the German phrase “Durchleuchten Sie Ihre Homepage” – “Examine your homepage" on the website of America's security agency.

The NSA is deeply unpopular in Germany after revelations last year it carried out a mass surveillance programme and tapped the phone of Chancellor Angela Merkel. So Ungethüm decided to turn the tables.

"I thought there could be something to it and thought I would try," he told The Local on Friday. The message could only be seen when going to the site through specially prepared links, according to broadcaster MDR, which published screenshots of the hacked homepage.

Ungethüm said he had reported the site’s security gap to the NSA.

"I wrote an email to the NSA about a week ago but haven't heard anything back," he told The Local.

“It’s not a [security] gap which needs much specialist knowledge,” he added.

Ungethüm used something called a cross site scripting bug to hack the homepage.