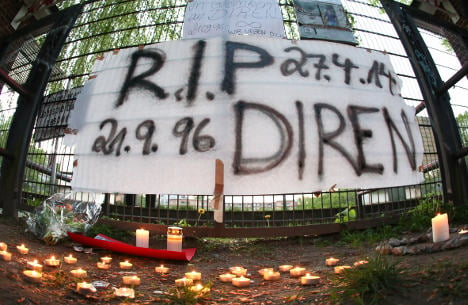 The 46-year-old told news agency DPA in an interview on Friday about Diren's dreams, his son's time in Montana and the family’s heartbreak.

His 17-year-old son died on Sunday after being shot in the garage of Markus Kaarma in Missoula. Kaarma, 29, was arrested and charged with murder, but his lawyer claims he thought there was an intruder in his garage.

But Dede said his son had been on the phone before he was killed and may have entered the garage to keep out of the cold and to talk in private.

“I don't believe he wanted to steal anything,” said the teenager’s father. “I work nearly 14 to 15 hours a day as a taxi driver to provide for my children. He had the best of everything – the best mobile phone, the best clothes. Maybe it was just a dumb prank.”

Dede described his son as the “nicest person you could meet”. “Any father would have been happy to have him as a son. He got on with everyone and people in the neighbourhood called him 'big brother',” he said. Diren's death has caused immense suffering to his family and now back in Hamburg, after flying to Montana this week, things will not be easier for the father.

“My mother has already been taken to hospital because she was suffering from high blood pressure,” he said. “We've had ambulances and doctors at our house, giving my wife tablets for the shock. We are all in shock, this shouldn't have happened to him.”

Diren was a keen footballer and a benefit game on Wednesday night at his former club in Hamburg helped raise €25,000 for the family. A ceremony will be held at a mosque in the city, after which his body will be flown to Turkey to be buried.

The desire to learn English and to have an adventure took Diren to the States. He saw the US as the land of unlimited opportunity, which would give him a head start in his future studies. The student from Hamburg had planned on studying international management.

“It was the best time of his life. In particular the week he spent in Hawaii. He often wrote to me and said: 'Papa, I could imagine staying here forever. The sun shines and the sky is always blue.'” Dede said.

But since his son's death, Dede's opinion of the US has changed. “Everything looks so idyllic there. Not a place for murderers. But America is dangerous, anyone can go out and buy a weapon,” he said.

“There is something else that lurks behind the surface in a place that appears so idyllic. America says they want to bring justice to the world, but this cannot be called justice.”