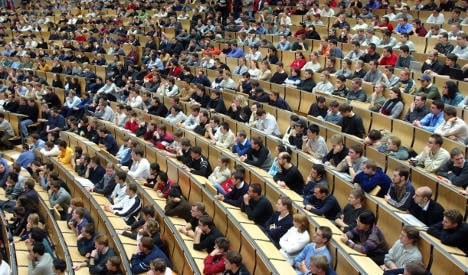 Six German institutions were included in the annual list of the Times’ top 100 universities under the age of 50, up from four last year.

"The World Reputation Rankings demonstrate the growing stature of Germany’s traditional universities, while this new analysis of dynamic young institutions shows that its newcomers’ stocks are rising too.”

He told The Local: “There is a whole generation of much younger German universities also competing, so it suggests a healthy economy.”

The rankings use the same 13 performance indicators that underpin the World University Rankings which were released earlier this year.

For the third year in a row, the list was headed by South Korea’s Pohang University of Science and Technology.

SEE ALSO: Which subjects are German universities best at?