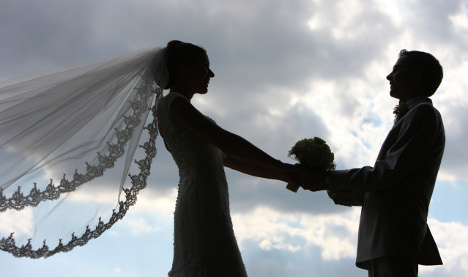 The 40-year-old guest house owner from Brunn near Nuremberg went on trial on Tuesday accused of killing his 32-year-old fiancé and dumping her body in a river.

The prosecution said the accused had been under psychological stress due to his failing business and the approaching wedding, and he allegedly took out his anger on his fiancé after he was unable to perform sexually with her on the evening of the murder.

Bild newspaper quoted state prosecutor Jutta Schmiedel as saying, "he felt under great pressure and put all the blame for his difficult situation on his fiancé. The upcoming wedding was a burden on him."

Two weeks after the killing Roy E. confessed, saying he definitely strangled her but did not remember disposing of the body, but later whilst in custody he retracted this, claiming instead that three to four "masked men" had killed her before forcing him to get rid of the corpse.

The prosecution maintains he committed the entire act, before attempting to cover it up with an intimate text message and a show of grief at the funeral, days before he confessed to the crime.

Bild reported the husband-to-be sent his dead fiancé a text message the day after she was killed saying "Hey, hello, where are you? I love you. Please come home. Tabea and I miss you." Tabea is the name of the couple's five-year-old daughter.

The defendant now claims that on the evening of her death he left his fiancé working on wedding preparations, took a sleeping pill and went to bed early.

However his DNA was found in a van and the driver said he gave the accused a lift on the night of the murder, near the area where the body was found.

If convicted he is likely to receive a life sentence.

But Roy E.'s lawyer told the Nuremberg court on the trial's first day: "My client will defend himself through silence."