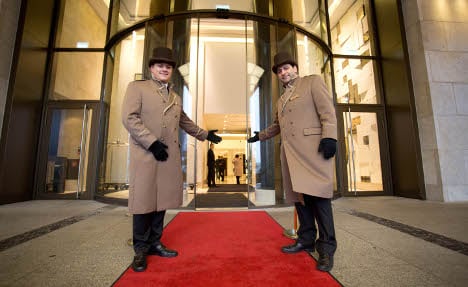 Figures from the capital's tourism board Visit Berlin show that the city is increasingly seen as a luxury holiday destination by the super rich and visitor spending reached a record in 2013.

While the majority of visitors are still from the eurozone, big spenders are increasingly coming from farther flung places – just to shop.

These visitors often stay in luxury hotels, where a room costs €150 a night on average. Meanwhile, a standard Berlin visitor spends just over €200 a day on food, accommodation, shopping and going out combined.

Rich Chinese visitors splash out the most, according to figures collected by financial service provider Global Blue for Visit Berlin. On average, this group spends €584 on every transaction.

Tourists from the Ukraine came close behind in the study, each spending €430 on average per transaction, followed by Russians, Middle Eastern and North American tourists.

Visitors from the Middle East are also flocking to Berlin, the figures showed.

Visits by this group were up by more than one third last year. Meanwhile, the number of Russians and Chinese coming to Berlin was up by around a fifth.

While this elite tourism sector is growing, the majority of Berlin visitors continued to come from the rest of Germany, England or Italy, the figures showed.