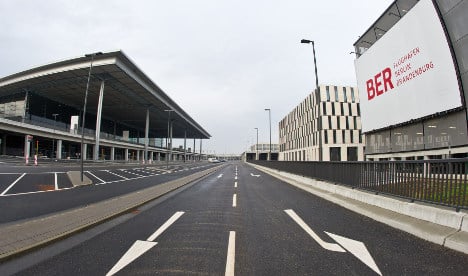 A record number of passengers are using Berlin's Tegel and Schönefeld airports as the capital is kept waiting for the now long-overdue Berlin Brandenburg Airport (BER) to open.

As Berlin tourism has boomed, traveller numbers at the city's airports have doubled over ten years, with both now running at the limits of their capacities.

September 2013 was the busiest month on record, with over 2.5 million people flying in and out of the capital's overstretched airports.

Passengers were supposed to be travelling through the new BER airport from 2012, but it has been beset by long delays and still has no official opening date. The latest opening estimate is 2016/17.

Lars Wagner, a spokesman for an umbrella organization representing Berlin airports, told The Local that Tegel was operating above its planned capacity.

"We’re operating at our limit. There’s not much leeway," he said.

Schönefeld and Tegel carried over 26 million passengers last year – a rise of four percent. If this trend continues more than 28 million passengers will travel through Berlin’s two struggling transport hubs by 2016 – the earliest estimate date of the new airport opening.

Yet Berlin's air industry remains optimistic for now – after all, business is booming.

The only people who are not delighted are the passengers.

On Google+ reviews, travellers have given Schönefeld an average rating of 2.9 stars out of five, with frequent complaints about the queues for check-in and security.

“A very bad experience,” one tourist wrote. “I thought I could just go through security like at other airports, but instead I had to queue for 45 minutes before joining the [security] queue.”

Another said: “My airport experience has been miserable. It was very unclear what to do after security. Also, all the bathrooms are disgusting and there's no free Wi-Fi.”

Other comments included “this has been one of the worst airports I've ever been to,” “get out as quick as you can – a relic of the Soviet era,” and “chaotic, confusing, full”.

Tegel, which Google users gave a rating of 3.6 stars, was supposed to shut when Berlin-Brandenburg opened. But with no end in sight to the delays, it must stay open for the foreseeable future.

“Germany and France are still fighting over which airport can provide the worst experience for travellers," one Google user quipped about Tegel. "While Charles De Gaulle in Paris seems to win this war, Tegel is not going down without a fight.”

“This has to be the worst designed airport in Western Europe,” said another.

What are your experiences of Berlin's airports? Leave your comments below.