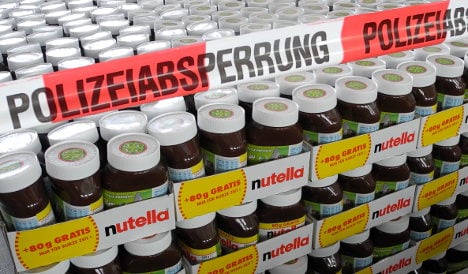 A court in Fulda, Hesse, jailed three men from Hesse and two women for theft and receiving stolen goods on Friday.

A 37-year-old man was jailed for six-and-a-half years, his accomplice, also 37 for five years and three months and the third man, 35, for three years and nine months.

The two women were given suspended jail sentences of six months and nine months.

The gang earned their nickname after being caught by police in May 2013 transporting 2,500 jars of Nutella in a van.

Seven pallets of Nutella worth €16,000 had been stolen in Fulda a few weeks earlier.

When their homes were raided officers found 70 tonnes of goods including electronic equipment, tools, clothes, toys and handbags.

The five defendants had stolen goods worth around €600,000.

The 37-year-old who was jailed for six-and-a-half years was also charged with drug and weapons offences and attempted extortion.

SEE ALSO: Job centre must pay for dad to fly to Indonesia