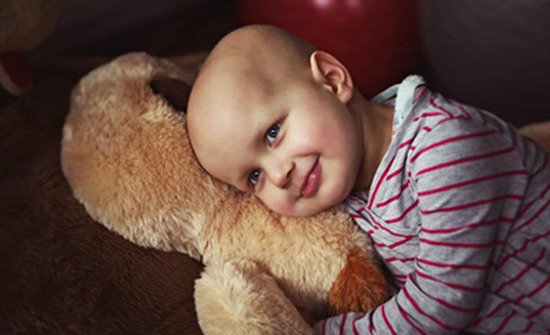 Proksch-Park, from Bredehorn in Lower Saxony, started her "Flugkraft" (Power to Fly) photo project at the beginning of last year and its Facebook community now has nearly 21,000 members.

The 35-year-old visits the families of children suffering from cancer and photographs the youngsters in their element – playing, posing, messing about – but almost always looking happy or defiant.

The idea is to help sufferers gain confidence and work towards breaking the taboo surrounding cancer in society, she told The Local.

"I think it is important people are confronted with it [cancer], because at the moment it somehow gets shut out," she said. "Those affected often hide themselves away and that is very harmful."

The project started as a favour to a friend. "At the beginning of 2013 I took a photo of my friend's child who suffered from cancer, and she loved the picture so much I began to consider doing the same for other families," she said.

Since then she has done photo shoots for 11 families on the record, as well as several others who chose not to be named by the project.

"We drink coffee, talk a lot, muck about a bit and play, then we take fun pictures," she said. And any inhibitions she has about taking photos of strangers' cancer-suffering children don't last long.

"Initially I tend to be a bit nervous, but as soon as I arrive that melts away, and I'm always welcomed with open arms," she said.

Flugkraft has taken off in terms of support and exposure far more than Proksch-Park initially expected.

"The media attention helps a lot with implementing my ideas, and it gives both me and sufferers the strength to fight on," she said.

"I never would have thought it, but I take everything as it comes and I'll take every opportunity to make this project more famous."

And that is an aim that should be served well by the project's next stage.

"We're planning exhibitions. A big one is planned for the start of next year at the European Parliament in Brussels," she told The Local.

"It's difficult to get through to both young and adult sufferers because they hold themselves back a great deal," Proksch-Park said. "We decided to offer make-up and photo workshops. They allow sufferers to get to know each other, to learn to make themselves up favourably and then take beautiful photos."

The fear and stress of suffering with cancer, and the isolation caused by the taboo surrounding the disease, can sap patients' self-esteem, and this is what Flugkraft aims to combat, she said.

"We want to give sufferers back their self-confidence and show them they don't have to hide away any more," the photographer added.