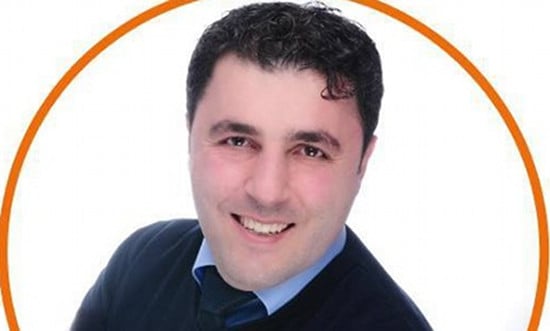 Yasar Calik, 37, born in Germany to Turkish parents, is currently running for the CDU's town council in Neuss, a town in North Rhine-Westphalia.

But during his very first political campaign, the former driving school manager caused outrage in his own party by altering the Christian Democratic Union (CDU) logo to include a Turkish crescent sitting inside the "C" for "Christian".

"Isn't that illegal?" asked one Twitter user on hearing the news. "Unbelievable! An affront!" wrote another.

Calik told the Rheinische Post he had 200 shopping bags with the new logo specially printed in Turkey for distribution at a campaign event at a mosque.

He said he had meant to attract voters from Turkish backgrounds by showing the Turkish flag printed alongside the unchanged CDU logo, but something had gone wrong at the printers, he claimed.

"I never had any religious point in mind," he said during a press conference on Tuesday. "I only realized too late what had happened."

By Wednesday, Jörg Geerlings, head of the Neuss branch of the CDU, had stepped in to put a lid on the bags, ordering Calik to remove all traces of the Turkish logo.

"The altered logo will not be used again," said Geerlings in a statement on the CDU Neuss website.

"We are open to all people regardless of their faith and backgrounds," he said. But "we stand by the Christian values we have been successful with… for almost 60 years."

All CDU candidates were expected to acknowledge the party's founding values, including Christian morals, said Geerlings in the statement designed to quell fears of Islamification within the party.

Meanwhile, Tobias Goldkamp, member of the CDU leadership board said the party should not see Calik's candidacy as a threat to their values.

"Nobody is prevented from going to church just because one person of the CDU's 29 direct candidates is of the Islamic faith," Goldkamp said.