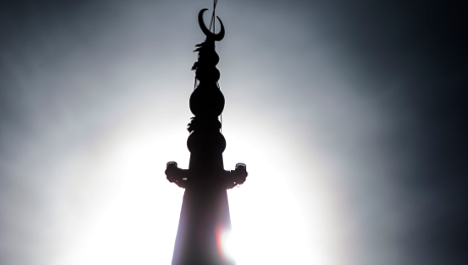 Last summer the man and woman spent €2,258 on an all-inclusive package holiday in the Turkish town of Doganbey on the Aegean coast, which they booked through a travel agent in Hannover.

But their idyllic getaway was ruined, they claimed, when they awoke to the sound of a Muezzin summoning Muslim worshippers to prayers from a loudspeaker mounted on the nearby mosque at 6am.

To their lasting outrage, the Adhan, or Islamic call to prayer, was repeated five times a day for the duration of their holiday – ruining the relaxation they had hoped to find in the Angora Beach Resort Hotel.

This, together with a missing armrest on the flight out and bumpy landing on the return journey, was enough for the holidaymakers to demand just over half their money – €1,161 – back from the travel agent.

The complaint was eventually dismissed by Hannover district court on April 11th, which found that the couple's discomfort was in no way the fault of the travel agent.

"The call to prayer is customary in Turkey and is comparable with church bells in a Christian country," the court said in the ruling published on Tuesday. "This does not constitute a deficiency of service."

Furthermore, by choosing to stay in a hotel clearly described by the travel agent as being in the centre of the town, the couple should have expected to be exposed to these sounds.

Any discomfort the couple experienced on the flights was also not the travel agent's fault, said the court, and was more of an "unpleasantness" than a deficiency deserving compensation.

"Since any landing is dependent on the weather conditions, over which the air carrier has no influence, flight passengers have to expect to deal with isolated cases of rough touch downs," the court said.

This is not the first time picky German tourists with absurd complaints have been put in their place by the courts.

Hannover district court has in the past had to dismiss a case brought by a holidaymaker from Wiesbaden who wanted a refund because the waves were too high on his trip to the Seychelles.

The man complained in August 2009 he was unable to snorkel and swim on his luxury holiday which cost €27,000 because of the high waves. The choppy sea was caused by bad weather.

Another German tourist pushed for a refund at Aschaffenburg district court in December 1996 because there were too many noisy locals on the beach on the tropical island of Mauritius – with just as little success.

The court was obliged to point out that the brochure had only promised that the hotel was a stone's throw away from the beach, not that the beach would be empty of locals.

SEE ALSO: Camels get the hump and run away from the circus