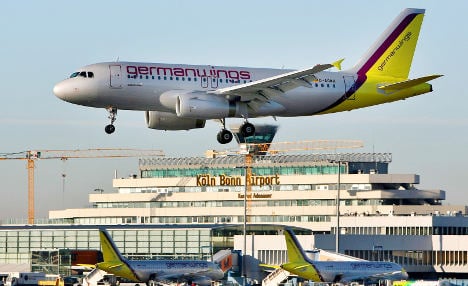 Lufthansa's daughter company Germanwings is one of the faster-growing budget airlines in Germany. Photo: DPA

Airlines in the industry's low-cost segment flew 466 routes from Germany last winter – an increase of 43 connections over the same period the previous year.

Budget flights between Germany and Spain were up 28 percent, while connections to Britain increased by 14 percent and to Austria by ten percent, the DLR's "Low Cost Monitor" study found.

While low-cost airlines launched new connections to destinations such as Estonia from Germany, the number of German domestic routes fell by ten percent.

Meanwhile ticket prices have taken a hike, with journeys costing between €70 and €160 in comparison to a range of €60 to €120 the previous year.

"Flying on a budget has got a good deal more expensive," said the DLR report's authors.

"The reason is that the budget airlines are no longer coming into contact on the same routes. That has loosened the competition,” he said.

Air Berlin remains Germany's top budget airline, with its 1,700 flights a week taking up around 42 percent of the country's low-cost market, but Lufthansa's daughter company Germanwings is closing the gap.

Taking over a chunk of Lufthansa's flight plan, Germanwings flew 60 percent more routes over the winter than in the previous year and now run around 1,200 flights per week, the DLR report found.

As a result of Germanwings' expansion, Berlin's Tegel airport, from where Lufthansa runs many of its European flights, has boosted its roster of low-cost flights to 800 a week.

But London Gatwick airport remains Europe's capital for budget flights, launching 7,000 of them a week.

And across Europe Irish firm Ryanair is the biggest budget airline, running 7,500 flights each week and holding a 22 percent stake in the European low-cost market.