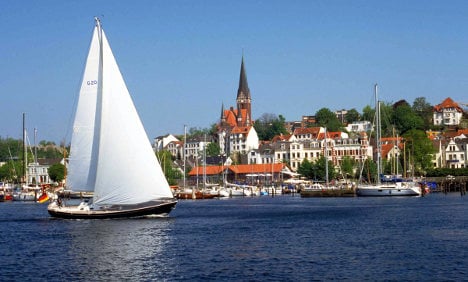 Larger cities like Munich (11th), Dortmund (13th) and Hamburg (25th) all came in the middle of the table, while the top ten was dominated by smaller, university towns like Aachen (3rd) and Wuppertal (2nd).

Germany's smartest place, according to the 40,000 individual user results of website Memorado, was the small port town of Flensburg on the Danish border. Memorado's statistical study of their games' results included users from about 100 German towns overall, the top 50 of whom made the final tally.

"Through our large user base, we can get a true overview of Germans' cognitive capacities for the first time," said Memorado CEO Marius Luther.

"A Europe-wide comparison will be released in the summer," he added.

Hannover was the worst-performing town on the board in 50th place.

Memorado's games, of which there are around 20 in all, are delivered in customized combinations daily for each user and cover areas such as memory, concentration, speed, logic and reactions.

Users get a estimation of their "mental quotient" (GQ) as they complete more exercises in exchange for a monthly subscription fee.

Memorado said its GQ measurement "has the same meaning as IQ" since it is worked out by feeding users' results on the various games into a special algorithm to produce an overall intelligence score.

It is these scores which were then averaged to find the towns' collective "mental quotients".

The firm started in Berlin in 2013 with the motto "make people smarter" and now has users across 23 European countries.

"We've made it our goal to challenge everyone, young and old, to hone their skills, so that as a country we can become mentally stronger," Luther said.