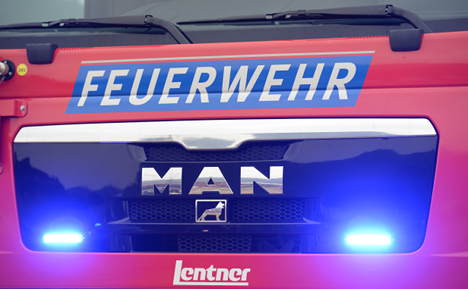 Taking advantage of his parents being away, Daniel W. invited friends over to the family's villa in near Fulda in Hesse, Bild newspaper reported.

They wrapped up their drinking and headed to a club on Easter Sunday, where their celebrations were cut short by a phone call – the police telling Daniel W. to come home, as his parents' house was on fire.

At around 1.45am, a neighbour had heard two loud bangs, Bild reported. She went to the window and saw the house next door in flames. Four minutes later, the fire brigade arrived.

It took them seven hours to put out the fire. Officers were able to save Daniel W.'s dad's Porsche, as well as a vintage Volkswagen Beatle. The house, however, is inhabitable and damages on Monday stood at €750,000.

The young man's parents were on Monday on their way back from Lake Garda in Italy. Investigators are trying to find the cause of the fire, but it is not yet clear.

SEE ALSO: Firefighters called to 160 false alarms in one home