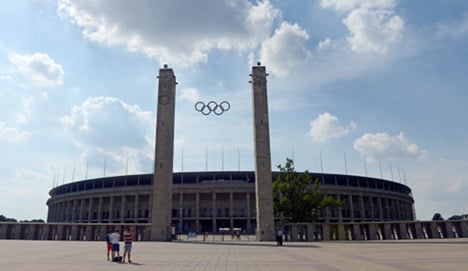 Germany's capital is home to 140,000 Turkish people with the right to vote in their native country and Turkish Prime Minister Recep Tayyip Erdogan has written to Chancellor Angela Merkel asking for the stadium to be made into a polling station.

Over the next few days he should get his answer from the ministry of foreign affairs, the BZ newspaper reported on Wednesday.

Berlin police are, the newspaper said, already drawing up plans to host voters safely in the 75,000-seater stadium for September's elections.

Erdogan, 60, will likely be standing for re-election as Prime Minister. Critics have voiced concern that Germany would be seen to supporting the controversial leader’s campaign if it agreed to his request for the stadium to be used.

Others have maintained that it is important Turks abroad have the opportunity to be part of the election.

“Erdogan has more appeal abroad than he does at home,” head of the German Turkish Association Kenan Kolat told the BZ.

He added: “People with Turkish citizenship will be able to vote abroad for the first time. It's important that they have this opportunity.”

Hakan Tas, interior office spokesman for Die Linke, told the BZ he would warn against having one big voting station. He said he thought the Turkish embassy, consulates or cultural centres would be a better idea.