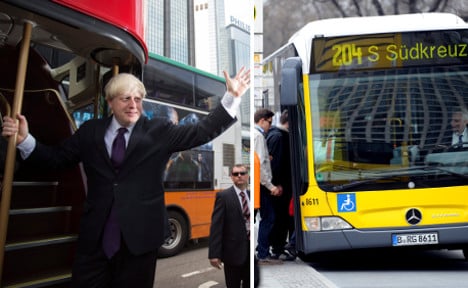 The capital's transport operators BVG told the Bild newspaper on Monday that buses and trams running along its 28 routes around the city are having trouble being on time because of worsening traffic.

But simply adding more vehicles does not help ease the problem, head of planning Klaus Emmerich said. “It makes no sense to put five more buses on the street, only to have them sitting in traffic.”

He said the BVG had been looking at how other cities worked. “In London there are streets reserved only for public transport.” This was a system that, Emmerich said, that Berlin should consider.

The stretch between Sonnennallee and Rathaus Spandau is particularly bad for traffic the BVG said with around 200 buses each hour. This works out as three per minute.

Politicians have acknowledged the problem. “If bus lanes aren't enough, we have to start thinking about alternatives,” Stefan Gelbhaar, transport expert in the Green party told Bild.

Central street Unter den Linden should be put on the table as one of the city's public transport-only streets.

But Social Democrat (SPD) traffic expert Ole Kreins told the paper that he was sceptical.

“It could have a damaging effect for people running businesses and also push cars into the side streets,” he said.