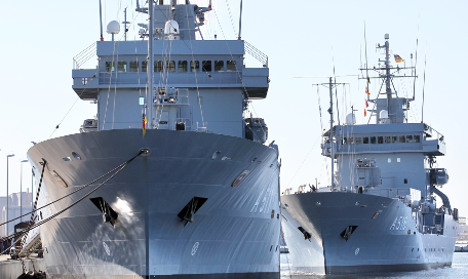 The Forsa poll for magazine Stern found 50 percent of respondents were against greater Nato engagement in eastern Europe and 42 percent were in favour.

A clear majority were also against a military escalation of the conflict with 77 percent rejecting Nato intervention – even if Russian troops invaded eastern Ukraine.

East Germans were particularly against Nato forces increasing their presence as were voters of the far-left party, Die Linke.

The poll was conducted with 1,001 respondents from April 3rd to 4th.

On Tuesday Germany’s finance minister Wolfgang Schäuble warned that the crisis in Ukraine could threaten Berlin's bid to produce a balanced budget next year.

"No one knows, for example, how things will go in Ukraine," he told the Bild newspaper.