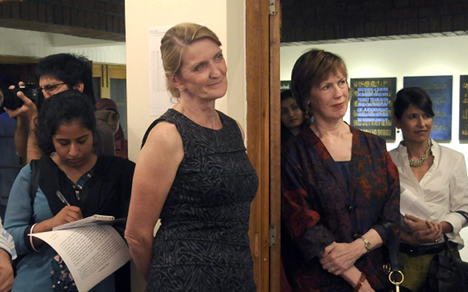 "Kathy Gannon has been moved to Germany for further medical evaluation. Funeral plans for Anja Niedringhaus have yet to be finalised," Paul Colford, director of media relations for the Associated Press, said in a statement.

She suffered wounds to her shoulder and wrist in the shooting in the eastern province of Khost as she and Niedringhaus, 48, reported on election workers delivering ballot papers.

Gannon, 60, was treated at a military hospital in Kabul before being evacuated to Germany.

The police commander opened fire on the two journalists in their car after shouting "Allahu Akbar" ("God is Great"), witnesses told AP. He then surrendered and has been held for questioning.