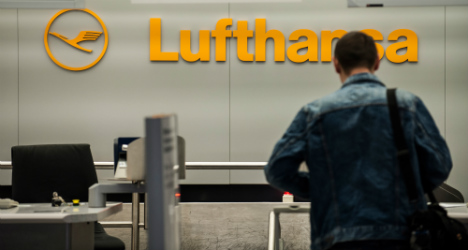 And the German government is looking to draw up legislation later this year to prevent this from happening again.

"One company, one wage agreement" is the motto behind a proposed "Tarifeinheit" or unified wage-bargaining mechanism masterminded by Labour Minister Andrea Nahles.

Between Wednesday and Friday, Lufthansa – which employs a total workforce of around 117,000 – was forced to cancel 3,800 flights, or most of its scheduled services, stranding nearly half a million passengers, because of a dispute concerning a group of as few as 5,400 employees.

While Lufthansa largely succeeded in averting widespread travel chaos by warning passengers and helping them to rebook in advance, the walkout by a relatively small number of employees affected more people than any of the rare strikes held by the massive IG Metall metalworkers' union with its more than two million members.

Other unions representing smaller professions – such as the Marburger Bund for hospital doctors, GDL for train drivers, UFO for airline cabin crew and GdF for air traffic controllers – can have similar sway.

"I would wish that the most powerful employees within a company would use their strength to support the weakest and not merely in their own interests," Nahles said, underlining a need for solidarity.

Hagen Lesch, an expert from the IW economic think tank which is close to employers, analysed 123 wage disputes and found that unions representing narrower interests were more likely to lay down tools.

Lufthansa is one company that knows all about this.

And in a country used to wage-negotiating by sector-wide giants such as IG Metall or Verdi, it is the smaller unions that tend to flex their muscles most, such as the GDL train drivers union which brought rail traffic to a standstill in 2007.

But Nahles, of the Social Democrats, is keen to make it clear that employees' fundamental right to strike is not under threat.

"The project is not aimed at tampering with the right to strike, but at re-organising unified wage-bargaining. We want a single wage deal applicable across the entire company," a Social Democrat MP, Katja Mast, told AFP.

For the time being, however, "it's still at a consultation stage on a ministerial level. There is nothing concrete," she said.

Alongside the labour minister, the interior and justice ministries are also involved and Nahles hopes to present a draft law "this year."

The issue is delicate because if smaller unions are banned from making any demands while a principal wage agreement is still in place, it is difficult to see how it cannot impinge on their right to strike.

The unions themselves seem torn. While the DGB trade union federation said in 2010 that it was in favour of such a rule, it has back-pedalled since.

"Fundamentally speaking, we don't think it can be good if divisional unions push through their own interests without considering the wider good," DGB official Rainer Hoffmann told AFP.

"We as unions are in favour of wage bargaining that is based on solidarity. But only on condition that the right to strike is not interfered with."

The head of the giant services sector union Verdi, Frank Bsirske, said he was critical of the government's plans and sceptical about their implementation.

For their part, employers will be less difficult to convince.

"The smaller a group of striking workers is, the higher the obstacles should be for industrial action," Lufthansa chief executive Wolfgang Franz told the business daily Handelsblatt in an interview.

The pilots' strike ended on Friday but no new negotiations are yet in sight.

SEE ALSO: 'They have rights but not a three-day strike'