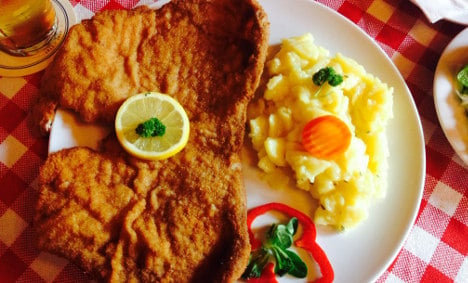 One general rule of thumb that has served me well over the past few years is there is no better way to say farewell to a place than an eating tour, especially in Germany.

Take a week, or a weekend (or if you live in some sort of culinary paradise, space it out over a fortnight) and perform a solid, dedicated round-up of your favourite restaurants.

Here in Weiden, Bavaria, we have approximately three favourite restaurants – a Ratskeller, a ridiculous Bavarian novelty restaurant, and a Greek. Two have featured on our (modest) farewell eating tour.

It is my belief – and what are we without our beliefs – that wherever you live, it is wise to have a good local Greek restaurant. We sussed a Greek place out pretty early on, and to be honest it has been one of the top Greek restaurants I’ve come across in my time here.

In Germany, or certainly the places I have lived, I have come to discover most Greek restaurants have been, justifiably, Germanized. This means cheese. The gigantic gyros plates come smothered in cheese and baked.

Submerged in the cheese, there are an absurd amount of fries, and on the side, the ubiquitous Weißkrautsalat often features.

Another local you must have in Germany is a good schnitzel joint. This is generally easily achieved if you live in a southern state beginning with B.

During our time here, we’ve had two excellent schnitzel houses within reach – the local Ratskeller which has a schnitzel menu the precise length of an A4 page (and apparently serves a Haxe worth raving about) and the world’s weirdest restaurant, Schinderhannes, which is in a very small village about twenty minutes drive from here.

Named after Schinderhannes, one of Germany’s most famed outlaws, the restaurant is usually jam-packed by 5pm by an assortment of Oberpfälzers and American military families, all sitting down to immense portions, watched over by a touch of taxidermy and other various bits of eccentric/Bavarian decor.

You can’t book a table, so you either have to be there on the dot of 5pm, or be prepared to share with someone.

Here a half litre of Helles beer goes for €2. A giant currywurst and pommes will set you back €2.90.

Some part of the pig with a basketball sized Knödel and boat of sauce, bread and cheese, half a chicken, mountains of fries or great ladles of Kartoffelsalat … none of it soars above €10.

The expansive menu is a riot of unintelligible Bayerisch, enough to bring on feelings of flailing around in a sudden and terrifying fugue state. But the real star of the show is the Schinderhannes crumbed schnitzel.

It comes falling off the plate, pushed off by a tidy pile of crinkle cut chips or a (generous) dollop of Kartoffelsalat, and a completely redundant slice of decorative capsicum.

Preceding its arrival, is a small bowl of cucumber and Weißkrautsalat – a polite nod to health. But it’s fooling no one.

Liv Hambrett is an Australian blogger and writer and has lived all over Germany. You can read more from her blog here or check out Liv’s book, ‘What I know about Germans’.

SEE ALSO: Reasons to think twice before moving to Germany