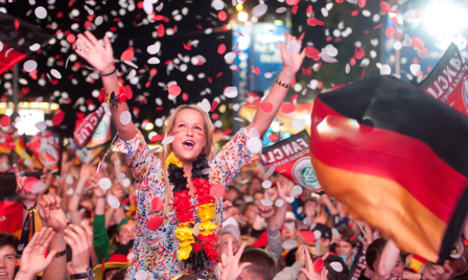 German football fans watch their team beat the Netherlands on screens by the Brandenburg Gate in Euro 2012. Photo: DPA

Public viewings of matches on big screens will be allowed after 10pm and in some cases after midnight.

Around half of the 64 World Cup matches start at 10pm or later German time.

But Environment Minister Barbara Hendricks (SPD) said local authorities should judge on a case by case basis whether to allow big screens in town and city centres for public viewings.

The ministry said in a statement that “public interest in the football games and the protection of a night's sleep," must be weighed up in making decisions.

A similar measure was adopted for the last World Cup.