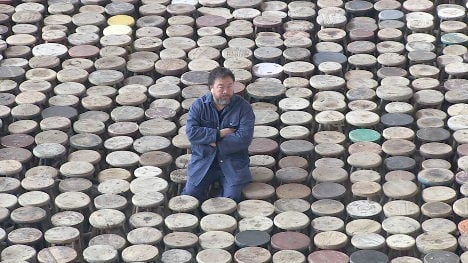 Weiwei’s latest exhibition will be opened by Monika Grütters, the government’s commissioner for culture and the media, in the Martin-Gropius-Bau museum in central Berlin.

It is the largest solo exhibition from the 56-year-old concept artist. Half of the works are new and the others have never displayed in Germany before.

It includes 6,000 wooden stools symbolizing the mass exodus of Chinese people from villages to cities. Also on display across the 18 rooms is a reconstruction of the cell which Weiwei was detained in for 81 days by the Chinese government three years ago.

His works are banned in China.

The exhibition opens days after a state visit by the Chinese President Xi Jinping to Germany.