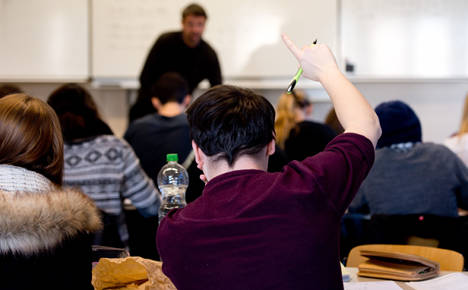 Every three years tens of thousands of 15-year-olds are given the PISA test. The latest was carried out in 2012 and on Tuesday the Organization for Economic Co-operation and Development (OECD) published the findings.

Alongside the normal sets of maths, science and comprehension, 85,000 children were for the first time asked to solve problems from everyday life. For example, being asked to chose between two train tickets.

For Germany, the performance was not sparkling, with its children ranking behind those of Australia, Canada, Finland, England and most East Asian countries that took part.

Germany only scored slightly higher than the average of the 44 countries that took part.

This meant that at best, these pupils could only solve very simple problems that required no forethought, such as selecting the cheapest item from a page of a catalogue.

In Japan and Korea, just seven percent of children performed at this poor level.

The German outcome was, the OECD said, lower than expected given the level that children had in maths, science and reading.

And the German gender gap was above the OECD average. As a rule, girls performed better at reading and the boys better in maths.

Also to emerge from the study was that socio-economic status appeared to play less of a role on a child's performance in problem solving than it did in other areas.

OECD experts have recommended that German teachers should begin introducing everyday problem solving into the classroom.