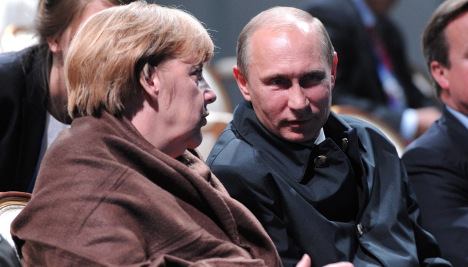 Dmitry Peskov told ZDF television that the telephone talks between Putin and Merkel were worth their "weight in gold".

The two leaders have spoken by phone at least seven times since the start of the year.
"That is worth its weight in gold in these heightened situations," the Kremlin spokesman said, even if it is "no secret" that their positions on the Ukraine crisis differ on many points.
"But the dialogue per se is extraordinarily useful and we hope that it is continued," he said.
Meanwhile, a German-Russian forum bringing together representatives from civil society, the Petersburg Dialogue, will go ahead as planned in April in Leipzig, even though parallel government consultations have been called off, co-chairman Lothar de Maiziere told ZDF.
SEE ALSO: Merkel hopes sanctions are enough to deter Russia