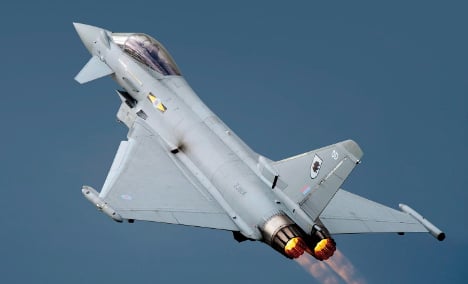 The defence ministry in Berlin could send "up to six air force planes for air policing operations to the Baltic" region, the news magazine said in its online edition.

A decision will be announced during a NATO meeting in Brussels on the Ukraine crisis on Tuesday, Der Spiegel added.

A foreign ministry official contacted by AFP said Germany would "take part, if necessary, in stepped-up routine operations within the alliance perimeter".

Estonia, Latvia and Lithuania have been rattled by Moscow's territorial ambitions in Ukraine after the ouster of the country's pro-Russian president Viktor Yanukovych last month.

The three Baltic states which joined NATO in 2004 on Saturday marked the 10th anniversary of their membership.

The three countries of 6.3 million people were under Moscow's thumb before the collapse of the Soviet Union in 1991.

US Vice President Joe Biden said earlier this month Washington could dispatch forces to the region to reassure the ex-Soviet NATO allies which are
nervous about Russia's takeover of Crimea.