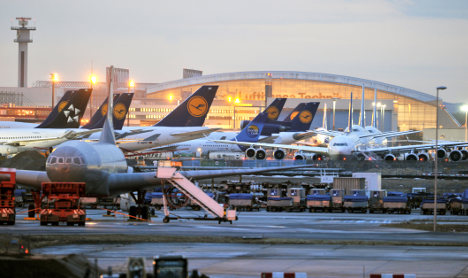 The three-day strike will start on Wednesday. Photo: DPA

The Cockpit union which represents the pilots has called for a three-day strike, from midnight on Wednesday, April 2nd until midnight on Friday, April 4th.

The airlines 5,400 pilots voted 99.1 percent in favour of strike action last Friday and the union announced their strike dates this Friday.

The continuing dispute centres on the pilots' fight to keep bridging pension schemes. Recent budget cuts by the airline and a decision to cut early pension payments have angered employees.

Until recently, pilots could look forward to a pension from the age of 55 with up to 60 percent of their basic salary – although on average most pilots retire at 59.

But at the end of 2013, Lufthansa announced it would be getting rid of these early transition payments.

The period of the strike will overlap with the start of Easter holidays in Bremen and Lower Saxony. The union had previously indicated that they would avoid strike action over the holiday season.

In a statement released on their website the union said it regretted the inconvenience caused to travellers and blamed Lufthansa for not negotiating seriously, insisting they would not give into delaying tactics.

"On the initiative of the Cockpit Association several meetings have taken place in recent days. Unfortunately Lufthansa has not taken our proposals seriously," the statement said.

But Lufthansa called on the union to return to the negotiating table.

The announcement comes a day after strikes by airport workers in Frankfurt, Munich, Düsseldorf and other hubs disrupted air traffic across Germany.