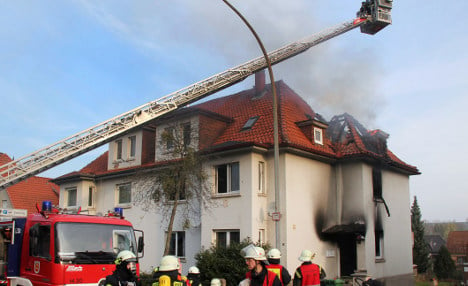 The fire broke out at the back of the family home. Photo: DPA

The blaze broke out at a family home in Duderstadt, Lower Saxony, at 6.45 am. Police in Göttingen confirmed the deaths and said two other children and two adults were among the four injured. They are now being treated in hospital. More details will be released this afternoon.

Officers said the fire was brought under control and that the cause was not yet known.