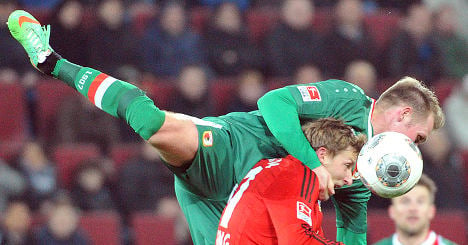 Having previously tasted victory at the start of February, Leverkusen's miserable run of results saw them slip from second to fourth in the table, crashing out of both the Champions League and German Cup in the process.

Victory at Augsburg broke a streak of eight defeats in their last nine games in all competitions and eased the pressure on Hyypia, 40, who is in his first season as head coach.

"It's an important win for us," said ex-Liverpool captain Hyypia. "I am happy that we've won as we were under pressure for a long time.

"It's a relief to finally get a win, but there are worse jobs to have in life."

But Son restored their lead when he fired home from a near-impossible angle after Kiessling's final pass before ex-Bayern Munich midfielder Emre Can netted their third exactly 100 seconds later.

The win keeps Leverkusen fourth in the league, which carries a Champions League play-off place, and three points clear of fifth-placed Wolfsburg.

Former league giants Hamburg, who are fighting to avoid a historic first relegation from Germany's top-flight, drew 1-1 with Freiburg to stay 16th of 18.

Borussia Mönchengladbach drop to sixth, amongst the Europa League berths, after a 1-0 defeat at Eintracht Frankfurt, who are up to 11th after their second consecutive win.

On Tuesday, Bayern Munich claimed their 24th German league title with a 3-1 win at Hertha Berlin as Pep Guardiola's side secured the title with a record seven games to spare.

His side have an unassailable 25-point lead over second-placed Borussia Dortmund and are on course to become the first team to finish a Bundesliga season unbeaten.

Bayern's 19th consecutive league win secured their 24th title and victory at Berlin's Olympic Stadium was never in doubt after they raced into a 2-0 lead with just 15 minutes gone.

Dortmund held on to second place with a goalless draw at home to third-placed local rivals Schalke 04 with no trouble reported despite security concerns seeing some 3,000 police officers deployed for the match. 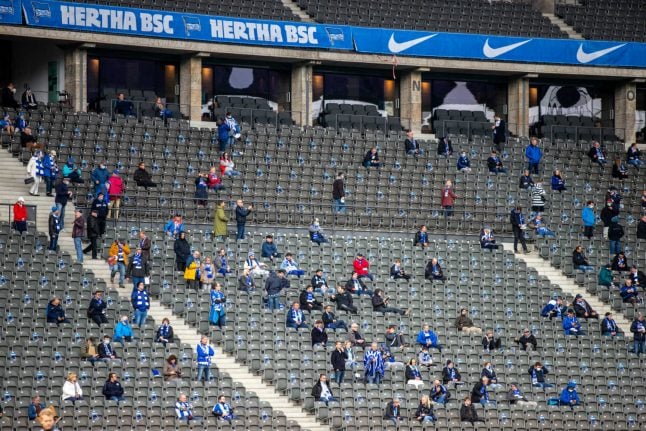