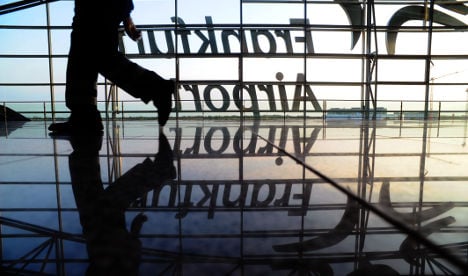 At least 600 flights out of and into airports, including the major European hub of Frankfurt will be affected by an eleven-hour strike called by public workers union Verdi.

"The airlines of the Lufthansa group expect substantial disruptions to air traffic tomorrow, due to the strikes called by Verdi," it said in a statement on Wednesday.

It quoted media estimates that around 6,000 employees in Frankfurt alone would take part in the strike. Germanwings flights should not be affected.

"But there will also be disruptions in Munich, Duesseldorf, Cologne-Bonn, Stuttgart, Hamburg and Hannover," the statement added.

"In view of the strikes, Lufthansa is cancelling almost all domestic and European connections in Frankfurt and Munich until 2:00 pm."

Also affected would be long-haul connections to and from both Frankfurt and Munich, Lufthansa warned.

The strikes are part of a week of industrial action being held across the country.

In most areas of North-Rhine Westphalia buses and trams were not running on Wednesday.

Commuters in Hesse, Lower Saxony, Baden-Württemberg and Saxony were also dealing with delays.

Meanwhile in Bavaria, kindergartens and rubbish collections were affected by the strikes and in Baden-Württemberg many kindergartens have closed for the day.

The warning strikes from Verdi come before the third round of negotiations with bosses over pay. Airport ground and freight handling crew as well as security staff will be among those stopping work on Thursday, unions said, although members of the airport fire service will not be taking part. Without a fire service in operation, all flights would have to be grounded.

Lufthansa, Frankfurt's biggest airline customer, is working on a replacement flight plan. The airline will attempt to keep passenger inconvenience to a minimum, a spokeswoman said on Monday.

Further disruption to the airline's service in the near future could come from the strike of around 5,400 pilots which was announced last week. A date for the pilot strike has not yet been set.