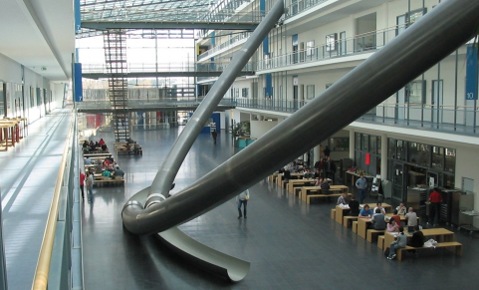 According to the German Academic Exchange Service (DAAD), about 35,000 German students studied at foreign universities using the program over the 2012/2013 academic year, roughly 2,000 more than during the previous year.

Germany is also a magnet for foreign students, with more than 30,000 using the program to study in German universities.

With almost 900 exchanges, Munich’s Technical University was the most active institution in sending students abroad.

Education Minister Johanna Wanka said she was "delighted that more and more young people from Germany and Europe are taking advantage of the chance for academic exchange over national borders".

She emphasized that Erasmus could help German universities internationalize and bolster the country's competitiveness.

The President of the DAAD, Margret Wintermantel, stressed the importance of Erasmus in promoting a European identity. "More than ever we need programmes  such as Erasmus, which makes Europe tangible for  students and teachers through personal experiences."

SEE ALSO: Is Erasmus really worth its budget boost?