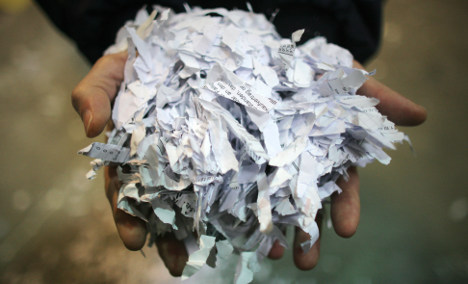 In future, citizens in the southern German state will be able to register their address or a car, submit their tax returns and apply for a disabled parking badge or child benefits at the click of a mouse.

The project, named Montgelas 3.0 after the pioneering Bavarian Maximilian von Montgelas who laid the foundations of the state's administration in the 19th Century, is set to go live this autumn.

The biggest hurdle will be overcoming users' data protection concerns, as the new system will rely on individuals volunteering personal information, wrote the Main Post on Tuesday.

"Many, especially elderly people will still prefer to go to the town hall," admitted Bavarian Finance Minister Markus Söder of the Christian Socialist Union (CSU). "Paper is still valid. But those who make the switch over will save time and money."

To use the service, citizens will need a new readable ID card and an electronic reader, which will cost between €10 and €30. Around 30 percent of Bavarians already have the new ID cards.

Yet Bavaria will need a new law before it can do away with the paperwork, said Söder. The Bavarian parliament will soon consider a new draft E-Government law to lay legal foundations for electronic administration at the state level.

In Bavaria, politicians want to go beyond a national law last year which foresaw the switch over to online government, explained Söder.

"We want to go further than the national government and really get rid of bureaucracy," Söder told the paper. The plan will save the state €1bn a year, he added.