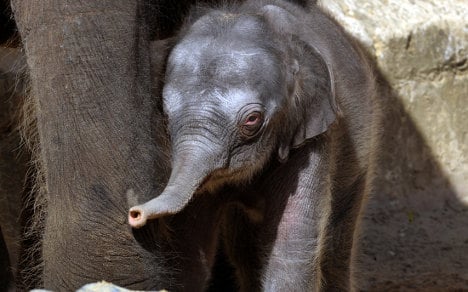 The as yet unnamed baby took her first a walk outside with her mother Califa on Thursday – much to the delight of gathered photographers.

The birth, which went smoothly on Monday, means Hannover zoo now boasts the biggest elephant nursery in the whole of Europe, said keepers. "As soon as we saw a bump bulging at the elephant's rear we went to take a look. A moment later the baby was already lying in the straw," said elephant keeper Jürgen Kruse.

The newborn has four half-brothers and sisters aged between 3 and 15 months, and three more aged 4 years old. They all share the same father, elephant bull Nikolai.