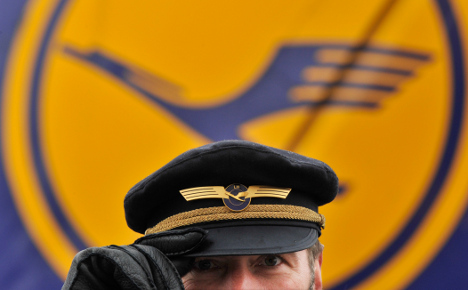 Of the airline's 5,400 pilots, 99.1 percent voted to take industrial action on Friday.

The as-yet unscheduled strike could hit Europe's biggest airline any time in the coming weeks. Flights operated by Lufthansa, Lufthansa Cargo and Germanwings will be affected.

Pilots' union Vereinigung Cockpit (VC) said it would give 48 hours' notice before any strike, in order to minimise inconvenience to passengers.

Pilots would also avoid the busy period over the Easter break from 11th April – as long as Lufthansa did not react "extremely aggressively," said VC spokeswoman Ilona Ritter.

The continuing dispute centres on the pilots' fight to keep bridging pension schemes. Recent budget cuts by the airline and a decision to cut early pension payments have angered employees.

Until recently, pilots could look forward to a state pension from the age of 55 with up to 60 percent of their basic salary – although on average most pilots retire at 59.

But at the end of 2013, Lufthansa announced it would be getting rid of these early transition payments.

Grounds for this was a European Court ruling saying pilots could work until 65 rather than being forced to retire when they hit 60.

Since this announcement, Lufthansa has been paying out bridging pensions on an ad hoc basis.

"We believe all pilots should be allowed to retire early also in future," Lufthansa Human Resources Director Bettina Volkens told pilots and other affected flight crew in a letter this week.

But, she warned, the age limit for the start of payments from employers would have to be raised.

VC said this loss of pension payments was the main reason for industrial action.

"The profession is very taxing over the years. We want to continue to be able to decide when enough is enough," said Thomas von Sturm from VC.

"We're not prepared to sacrifice our bridging pensions for higher wages," he said, and added the union was giving the airline a final chance to respond to its demands.