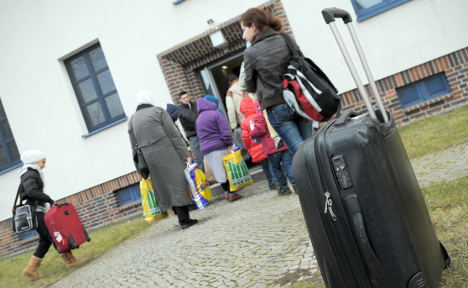 Last year was the first time Germany has been such a focus for desperate people since the end of the Bosnian war during the 1990s.

The number asking to stay in Germany jumped by 70 percent in 2013, with a total of 109,600 people applying for asylum in the country.

The greatest part of this increase was due to more people applying from Russia and the Balkan states. Four times more Russians applied in 2013 than in the previous year, bringing the total to 14,900.

Most of the applicants have only slim chances of staying in Germany, the UN said, because their home countries are not considered to be dangerous.

"One wonders that despite this, the processing takes a long time in Germany," one UN diplomat said. "But that is of course something for the German government."

The number of people applying for asylum in Germany is more even than the 88,400 people who asked to stay in the United States.

After Germany and the US, the next industrialised nations with the highest numbers of asylum seekers were France, Sweden and Turkey.

A total of 612,700 people applied for asylum during 2013 in the 44 industrialised countries included in the UN comparison. That was an increase of 28 percent over the figure for 2012.