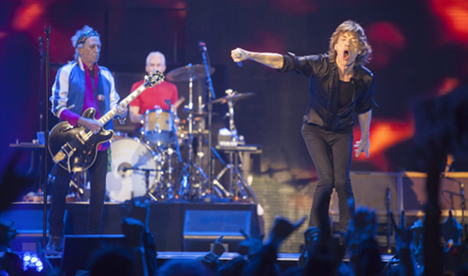 So far, the British band have announced dates in Berlin on June 10th and Düsseldorf of June 19th, as part of their ON FIRE tour. These will, their website confirmed, go ahead and more dates may follow.

It will be the first time they have played mainland Europe in seven years. But Australia and New Zealand will have to wait, as the band cancelled all their dates there on Wednesday.

"Mick Jagger, Keith Richards, Charlie Watts and Ronnie Wood wish to thank all of their fans for their support at this difficult time and hope that they will fully understand the reason for this announcement.

"The Rolling Stones are planning to reschedule these postponed shows at a later date,” they said in a statement.

Fashion designer Scott, 49, had been Jagger's partner since 2001. She was reportedly found hanged at her flat in her New York on Monday morning.

SEE ALSO: Status Quo: our tales of Germany too wild to tell