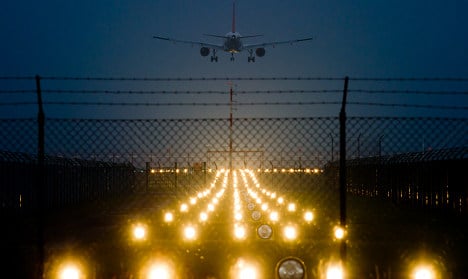 In November 2013, three percent of the ill-fated airport's 10,000 square-metre terminal was problem-free, the Tagesspiegel newspaper reported on Tuesday.

Four months later, this has reached four percent, according to a report from the Brandenburg state government's airport committee.

The BER airport – which is years overdue and billions over budget – is still plagued by fire safety and sprinkler system problems. Including these, the empty hub has roughly 66,000 faults, a number which it seems nearly impossible to reduce, said committee head Uwe Hörmann.

BER Airport was set for a fanfare opening in June 2012 with posters dotted around the capital announcing the opening date, and international airlines including it in their schedules. But just weeks beforehand, the excruciatingly embarrassing announcement was made that this would not be feasible.

Initial cost estimates of €1.2 billion have long been ditched, and the latest estimate for the project is now around €6 billion.

The new airport is designed to cater for air passengers currently using Berlin's two other airports, Schönefeld and Tegel. Recent reports have suggested that the nearby Schönefeld airport would stay open even when BER does open.