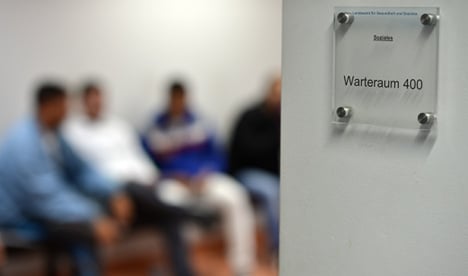 Nearly 10,200 asylum seekers and immigrants were forced to leave Germany last year, according to figures from the interior ministry given to the Süddeutsche Zeitung by the Linke party.

A large proportion of those who had their asylum applications, or visa requests rejected were from Balkan states Serbia and Macedonia. Following them were people from Kosovo, Turkey and Russia.

The rise in the number of people extradited correlates with an increase of arrivals and asylum applications. Many of these are Roma people, who the German government does not consider to be “politically persecuted.”

Last week, the government said it wanted to further reduce asylum seekers coming from the Balkans – with a plan to get states in the region listed as “safe countries of origin.”

Another large group was Russians from the Chechen Republic – the majority of whom were turned down.

Authorities also handed record fines to travel companies – totalling around €2.6 million – for letting immigrants into Germany with a passport or residence permit, the Süddeutsche reported.