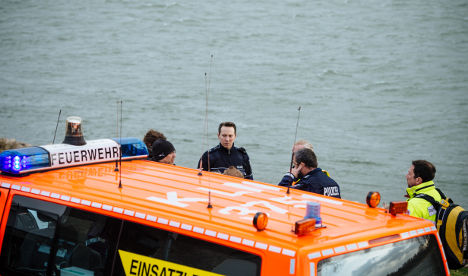 The girl and a 10-year-old friend both fell into the water on Saturday afternoon near a playground in Cologne. The older girl had hurt her hand and wanted to cool it off in the water, but somehow both girls ended up in the river, the Cologne fire brigade reported.

Passersby were able to pull the 10-year-old from the water, but the younger girl was unable to get to the riverbank. A 47-year-old man who, the Kölner Stadt Anzeiger newspaper named as Ali K., saw what had happened from his nearby flat, and dashed outdside to help.

He jumped into the water and dragged the younger girl to the side where a women pulled her up out of the river – but he could not get himself up onto dry land.

Another woman lay on the ground and held out a stick for him, but he was pulled away by the current before he could grab it and witnesses said he went under shortly afterwards.

The six-year-old girl had been underwater for several minutes, and despite being brielfy resuscitated, died soon afterwards in hospital. A search mission was launched for her would-be rescuer. Police used two helicopters as well as several boats but failed to find any trace.