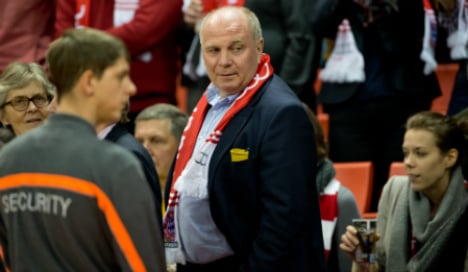 The 62-year-old resigned as both Bayern president and chairman of the club's supervisory board on Friday and was a noticeable absentee for Saturday's 2-1 win over Bayer Leverkusen.

He stepped down less than 24 hours after being sentenced to three and a half years in jail by Munich regional court having cheated the state out of €28.5 million ($39.5 million) in unpaid taxes.

He admitted to hiding his wealth in secret Swiss bank accounts while obsessively "gambling" on stock and currency markets for years.

But while Hoeneß waits to start his time behind bars, the Bavarian giants already hope he will be back at the Allianz Arena soon.

"This club is one of the best in the world and that is down to the personality of Uli Hoeneß," said coach Pep Guardiola.

"He deserves our respect. I hope he can come back in the future and help us."

Both positions must be ratified by a vote on May 2nd at the club's general assembly.

But Edmund Stoiber, head of Bayern's management board, implied there will be a role for Hoeneß with the European champions following his release.

"A door is always open and Uli Hoeneß will always be the soul of the club," Stoiber told Die Welt.

"Whatever he wants to do, anything is possible."

Hoeneß's fall from grace comes with the club he built on the ascendancy and confirmed as the world's best domestic side after winning the Club World Cup last December.

There has been zero condemnation from within the tight-knit Bayern camp, even after the guilty verdict.

Chants of "Hoeneß – you're the best man!" could be heard at Munich's Allianz Arena during the win over Leverkusen.

Sky television underscored his absence when zooming in on the empty seat next to chairman Karl-Heinz Rummenigge where Hoeness normally sits and there were a few banners of support from fans.

"His resignation deserves the respect from FC Bayern and from all football fans," said Rummenigge.

"I am not a fan of the saying, 'the king is dead, long live the king', more of Franz Beckenbauer's sentiment that 'you never separate from good friends'.

"It's very hard to replace someone like Uli Hoeneß at the top of the club."

The club's stance has always been that the tax matters were personal choices made by Hoeneß, unconnected to his work as an employee.

His conviction tarnishes the image of his beloved Bayern, even if the club's success is directly entwined with Hoeneß' drive.

Before his arrival as an 18-year-old in 1970, they had won just two of their 23 German league titles with a 24th imminent.

Hoeneß was instrumental in luring Heynckes's successor Guardiola to Munich and Bayern have thrived this season under the Spaniard.

Hoeneß will not start his sentence for a few weeks while the verdict is  finalised with the prosecution able to appeal having wanted a longer sentence.

As a first-time offender, Hoeneß is most likely to serve his sentence in Landsberg prison, 60 kilometres east of Munich.

It is the same jail where Adolf Hitler wrote his novel 'Mein Kampf' in 1924 while serving 264 days detention for his part in the previous year's Munich Beer Hall Putsch.

A spokesperson for Munich's regional court has said Hoeness could qualify for day release after just a few weeks of his sentence.

In his absence, his successful sausage-making factory will be run by his son Florian.

Bayern's 24th German league title could be confirmed next Saturday if they win at Mainz 05 and both rivals Dortmund and Schalke draw, but Hoeneß may already be behind bars.

"It's a very tough situation for FC Bayern, for Uli Hoeneß and his family," said France winger Franck Ribery following the win over Leverkusen.

"We want to keep winning for him. It's a difficult situation, but we have to keep going forward. He's a big figure and he will always be with us." 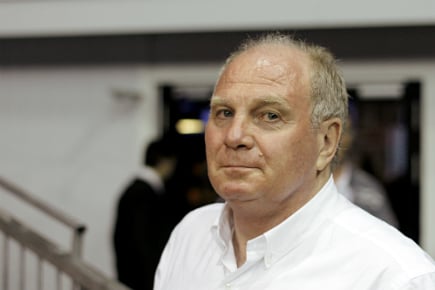 He will stand down in November as club president after a glorious era of success in which Bayern won the Bundesliga title 27 times and five European Cups since he joined the club as a raw teenage player in 1970.

However, a black mark on the German's legacy was the 21 months he served in prison until February 2016 following his 2014 conviction for evading at least €28.5 million in taxes.

It spoke volumes for his fearsome reputation that the German media only questioned when he would return to Bayern's helm, never whether it was morally right to do so.

His stint in jail saw the outspoken Hoeneß endure public humiliation as a fallen role model and newspaper mockery as a hypocrite who “preaches water and drinks wine”.

His comment, “criminals have no place in football”, uttered when it emerged in 2000 that ex-Bundesliga coach Christoph Daum had used cocaine, has regularly come back to haunt him.

“I know this is stupid, but I pay my taxes in full,” said to Bild in 2005, was another Hoeneß statement which saw plenty of air time.

But such is his popularity within Bayern that he was welcomed back with open arms by the club he helped turn into a European powerhouse and global brand, re-elected as president in November 2016 with no other candidate against him.

Hoeneß played a key role in an extraordinary press conference in October 2018 when he and Bayern chairman Karl-Heinz Rummenigge lambasted the media for
what they felt was unfair criticism following poor results.

Reporters were told to expect “mail from our media lawyer” for any false or inaccurate reports.

Hoeneß' enraged expression and clenched fists showcased his unbridled pride in the club whose success over the last 40 years he played a key role in orchestrating. Hoeneß during a trial for tax evasion in 2015. Photo: DPA

He was born in post-war Germany in 1952 into a conservative Catholic middle-class family, living in a humble flat above his father's butcher's shop in Ulm.

The teenager's passion meant his discipline and talent were noted early and he joined Bayern Munich aged 18.

As a young star player, Hoeneß, alongside the legendary Franz Beckenbauer and Gerd Müller, was at the heart of the team which won the European Cup three times from 1974-76.

When a persistent knee injury forced him to retire at just 27, the club made him its youngest-ever manager. And when Beckenbauer stood down as Bayern president in 2009, Hoeneß was ready to succeed him after a 30-year apprenticeship.

Hoeneß was the driving force behind the rise of the club, which now boasts
a massive membership, state-of-the-art stadium and huge profits.

While Hoeneß is a hard-nosed business man, he also developed a culture of
helping teams in financial trouble by staging friendlies, and in 2005 lent near-bankrupt Borussia Dortmund two million euros to pay their players.

Hoeneß has gone out of his way to support players in distress — he made sure the retired Mueller was treated in a clinic when he was battling alcoholism.

Hoeneß twice narrowly escaped death, first from a serious car accident in 1975 and then a light plane crash in 1982, which killed three of his friends.

A dazed and bloodied Hoeneß wandering through the woods simply told his
rescuer: “I am cold, I am freezing.” 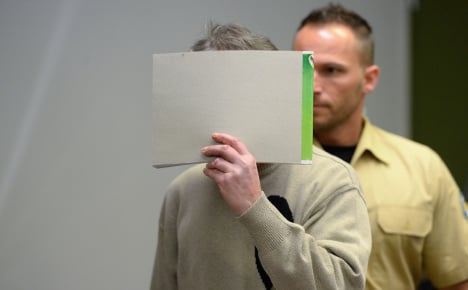 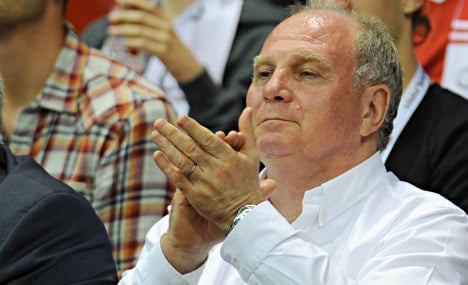