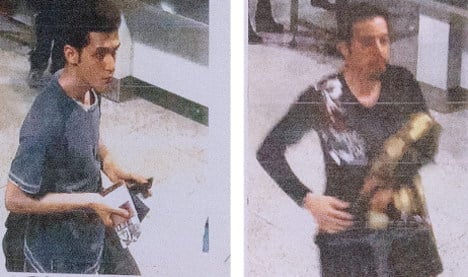 The two Iranians on the flight were heading to Europe, according to police. Photo: DPA

Pouria Nourmohammadi, 19, one of two Iranian men on the missing flight to Beijing was travelling to Frankfurt to seek asylum and meet his mother, Malaysian police said on Tuesday.

But along with 29-year-old Seyed Hamid Reza Delavar, who was reportedly heading for Sweden, he was travelling on a stolen passport.

Germany’s Office for Migration and Refugees told The Local that nine percent of asylum seekers show them ID documents which are forged or tampered with – the equivalent of 644 documents last year – although a spokeswoman said they were unable to say whether all tampered passports had been stolen.

As Interpol announced on Tuesday that the two men travelling on stolen passports were Iranian citizens intent on seeking asylum in Europe, the head of the international police body complained that not all airports ran passengers' passport details through its database, which was created in 2002.

“As we work to identify any criminal network which may have facilitated the theft of the passports used by these individuals to travel internationally, it remains of serious concern to Interpol that approximately four out of every 10 international passengers are not being screened against our SLTD database, and this should be a worry for us all,” said Ronald Noble.

The statement further noted that "terrorists, murderers and war criminals have previously been identified by Interpol as having travelled internationally using stolen passports".

Interpol also said the two men in question likely had no terrorism connections.

In Sweden, the reported destination of the 29-year-old Iranian, police passport expert Högback noted that certain Swedish citizens' propensity to lose their passports over and over again certainly piqued the authorities' curiosity, but that the police had no power to intervene.

"There are individuals who lose their passports several times a month, in which case it's likely that they sell them illegally," Högback told The Local. "Despite these suspicions we cannot prevent them from getting new ones."

"So let's say that the laws are a bit outdated," she added. "However, there are other ways for us to make it more difficult for them to get a new one, but that's something I'd rather not discuss right now."

SEE ALSO: Iranian on Malaysia plane was going to Germany