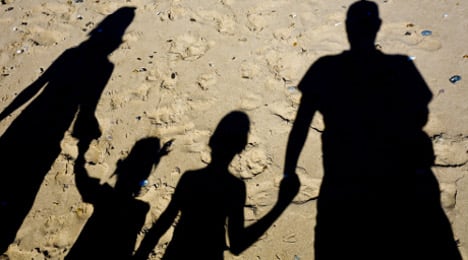 Forty-six percent of parents surveyed told health insurance company AOK they are under too much time pressure, up five percent from the last study four years ago.

The stress of daily life is also affecting the young, the results showed. One in every five children in Germany regularly suffers from anxiety, insomnia, stomach aches or headaches.

And the study showed a link between the health of parent and child.

Twenty-four percent of over-burdened parents said their children complained of health problems, compared with 16 percent for parents who said they did not feel pressure.

The importance of spending time as a family and looking out for your own well-being was also underlined by the health insurer. Reliable childcare, flexible working times and being able to work from home were recommended by health experts who wrote the reports.

The authors said: “The results of the study are impressive and yet very obvious – children need routine and structure to grow up healthy.”

Having some say in how to structure your working day proved particularly effective in combating stress and lack of time. Fifty-seven percent of those who said they were good health had the option of working flexibly, compared to 38 percent of those in bad health.

Single parents were particularly affected with 17 percent saying they suffered poor health and 35 percent rating their health as medium.

Hamburg health psychologist Ulrike Ravens-Sieberer emphasized parents should look out for their own health and spend more time with their family to combat stress.

Yet the study also reveals some encouraging trends with 93 percent of parents surveyed generally happy with their family life.

The percentage of those under financial or psychological stress also fell from 28 percent to 25 percent.