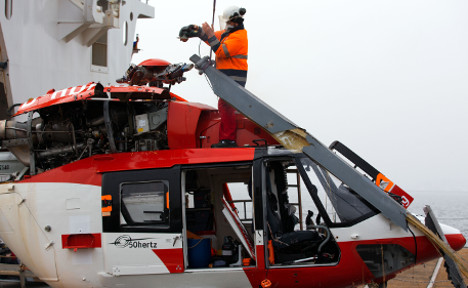 The helicopter wreckage on Sunday in Warnemünde. Photo: DPA

The three men, from German Air Rescue (DRF), died when a routine training flight near wind farm Baltic 1 hit the water off the peninsula of Fischland-Darß-Zingst on the north-east German coast.

The team were said to be experienced and as yet no cause has been given for the crash.

The helicopter plummeted into the water from 150 metres up shortly before 7pm, killing the 53-year-old pilot.

A 45-year-old paramedic and 47-year-old doctor also died. The co-pilot, 47, was rescued and taken to hospital but has now been discharged.

Police said in a statement on Sunday that they were waiting for results from a forensic team and air crash investigators. They warned that analyzing flight data could take several weeks.

Reiner Fischer from DRF said the crew was on a training flight but they were knowledgeable and experienced.

"We cannot explain it," Fischer said. He added that the helicopter was in perfect condition, the weather conditions were good and the sea was calm.

A nearby lifeboat rescued the pilot and co-pilot but the pilot died. The doctor and paramedic did not manage to get out of the helicopter.

Experts believe that the accident happened without warning as the air cushions were not inflated. In an emergency they would be activated electronically or manually by the crew to soften the landing.

The helicopter was recovered from the water on Saturday and taken on Sunday to Warnemünde, Mecklenburg-Western Pomerania, to be investigated. 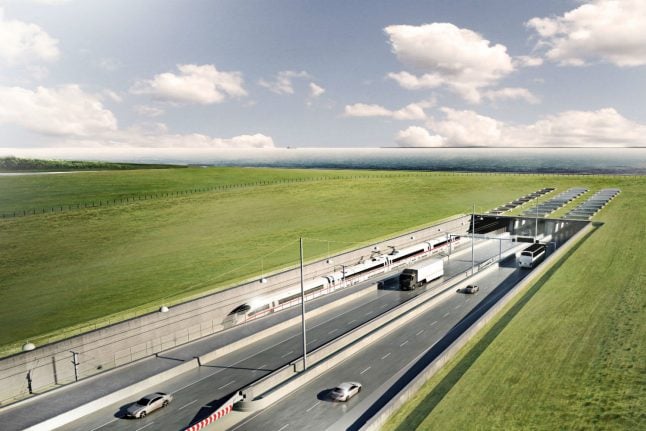