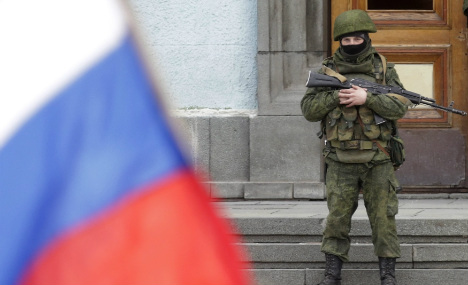 An armed man in military uniform stands near a government building in Simferopol, Ukraine. Photo: DPA

"What is happening in Crimea worries us," Merkel said in a speech at a cultural event in Berlin, stressing the importance of "preserving the territorial integrity" of Ukraine.

The German leader spoke to interim prime minister Arseniy Yatsenyuk by telephone on Saturday, a government spokesman told AFP, while declining to reveal details of the conversation.