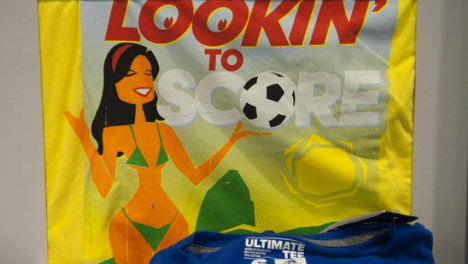 One of the T-shirts which have now been pulled from sale. Photo: DPA

The country’s tourist board and government said the Adidas T-shirts, designed for the World Cup this summer, were not helping in their fight against sex tourism.

One T-shirt showed a woman in a green bikini with a football in her hand next to the words “Looking to Score”.

The other said "I love Brazil" with a heart which appeared to resemble the upside-down bottom of a woman wearing a thong.

According to the Brazilian tourism authorities it was a step too far. It said in a statement on Tuesday that it “strongly repudiates” the sale of products “that link Brazil's image to sexual appeal”.

“We want to make it very clear to our main commercial partners in tourism that Brazil does not tolerate this type of crime in its territory,” said Flavio Dino, president of the tourism board Embratur.

World Cup sponsors Adidas, which only sold the T-Shirts in the US, quickly removed them from sale.

“Adidas always pays close attention to the opinion of its consumers and partners,” the company said in a statement. “Therefore, it is announcing that these products will not be sold anymore.”

After the tourism board released its statement Brazilian President Dilma Rousseff wrote on Twitter that Brazil was taking the fight against sexual tourism seriously.

“Brazil is happy to welcome the tourists that will arrive for the World Cup, but it is also ready to fight against sexual tourism,” she said. 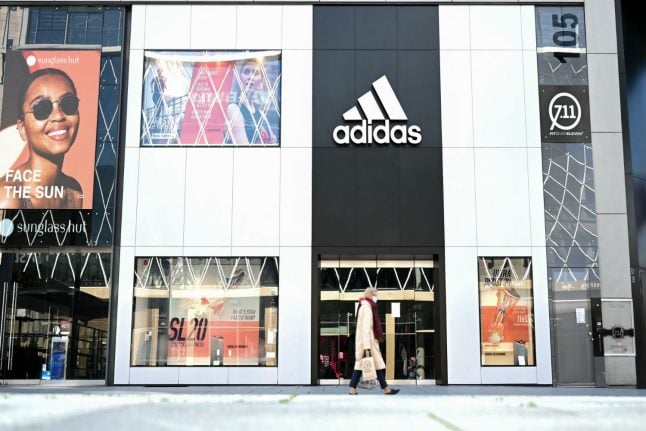